The Fabulous Floating Islands of Fiji

Vanua Bulavu, in Fiji's northern Lau Group, is gradually eroding into the sea. A combination of tide and lapping water is slowly sculpting the rock into toadstool-like islands, some impossibly balanced on narrow pillars, floating in a bath of seawater turned cloudy blue from dissolved calcite. 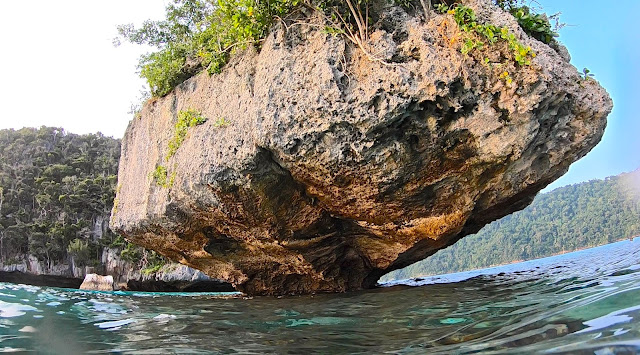 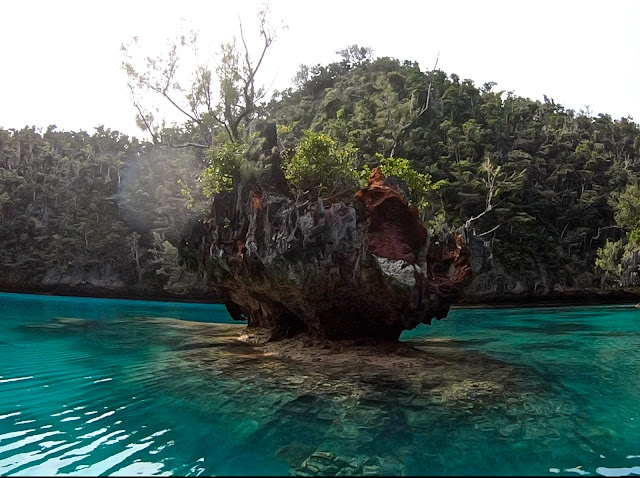 These islands are the remnants of huge caves and, as they yield to the elements, you can see the ancient limestone formations; stalactites, stalacmites and veils. 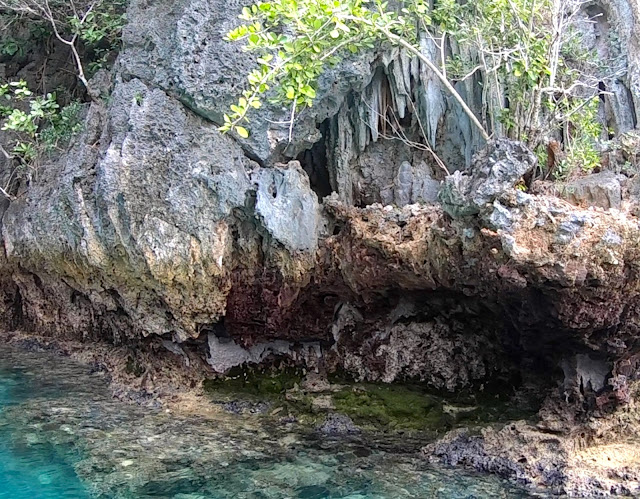 Some caves are accessible at the waterline, like Vale Ni Bose (Meeting Place of the Gods). 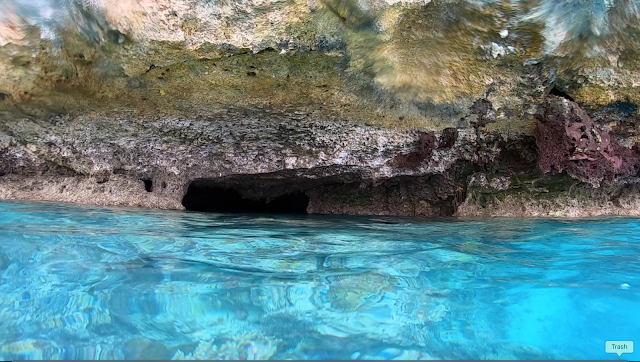 Once inside, you can swim around the cave and admire its limestone columns and illuminated natural windows. 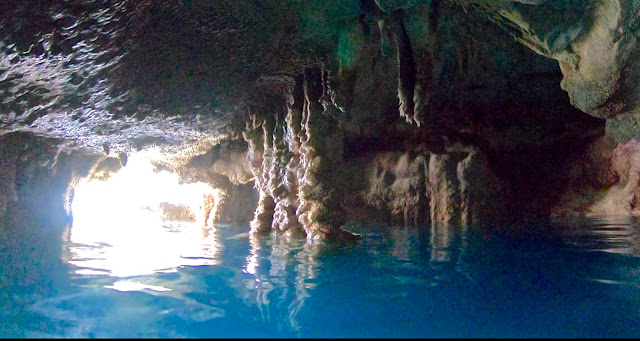 Vanua Bulavu is notable in another way. It is one of the many islands and reefs in Fiji that has seemingly wandered from its original position on the navigation charts. As we approached the entrance to the reef, we found ourselves far closer to the reef than our chart plotter suggested, and it was only when we checked a different map that we realised the entire island had "moved" half a mile to the west and a quarter mile to the north of where our Raymarine charts showed it.

We had heard the charts in Fiji were inaccurate, but were not prepared for this much discrepancy, which reminds us how important it is to keep an actual lookout, rather than relying too much on our computer screens. 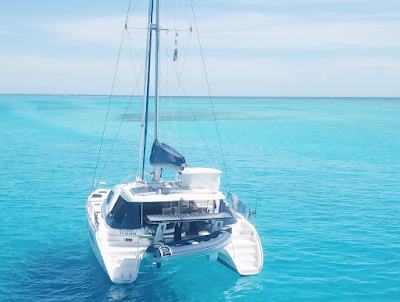 Having good light is essential. When the sky is clear and the sun is shining over your shoulder, you should be able to see an approaching reef, but when it is cloudy or you are looking into the sun it is very hard to see anything. 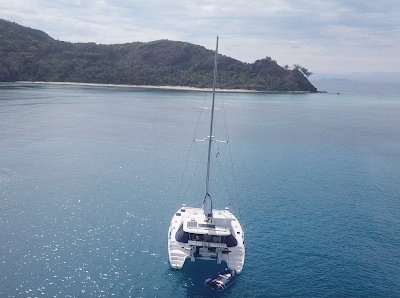 From Vanua Bulavu, we headed to west Fiji to leave the boat at Vuda Marina for a short trip back to Australia. We thought they packed them tight last year in Noumea, but that was nothing! 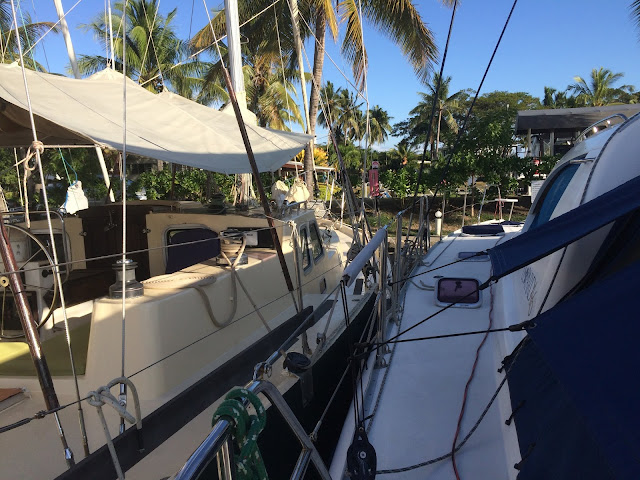 We even had to walk the plank to get ashore. 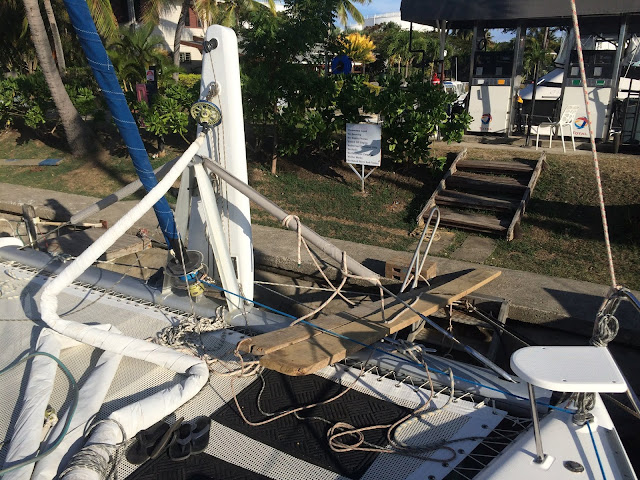 But we were in good company, with four other Leopard 46 catamarans cruising in the area at the same time. 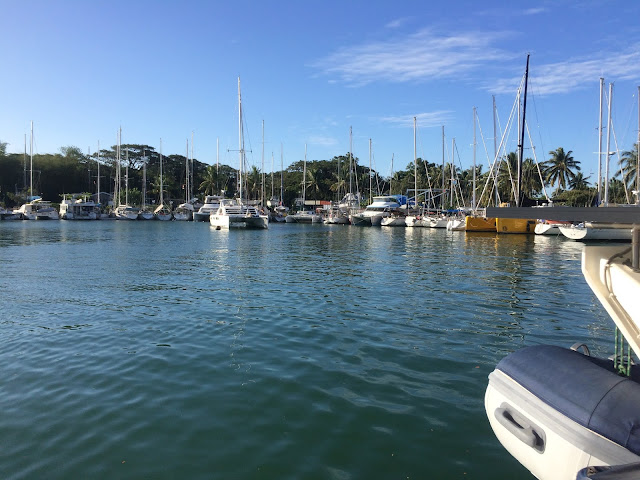 When we returned from Australia, we began to lay down tracks through the western islands in preparation for a series of visitors. 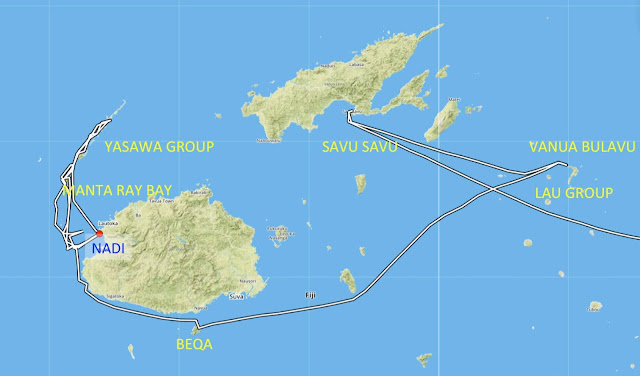 The Mamanuca and Yasawa Island groups are close to Nadi Airport and therefore convenient for picking up friends who fly into Fiji, so we wanted to check out the best anchorages and most interesting places. This area has a rich history; the Sacred Islands, where the first Fijians were said to have landed; Monuriki Island, where Tom Hanks filmed the movie, Castaway; and the Blue Lagoon, location of the Brooke Shields movie of the same name.

The tradition in Fiji is to formally ask permission of the owners before landing on a beach or swimming on a reef. This is called sevusevu and usually takes the form of bringing a gift of kava and being greeted by the Chief or their representative at a formal meeting place. Here is George at the kava market in Lautoka, stocking up in preparation for our cruise through the islands. 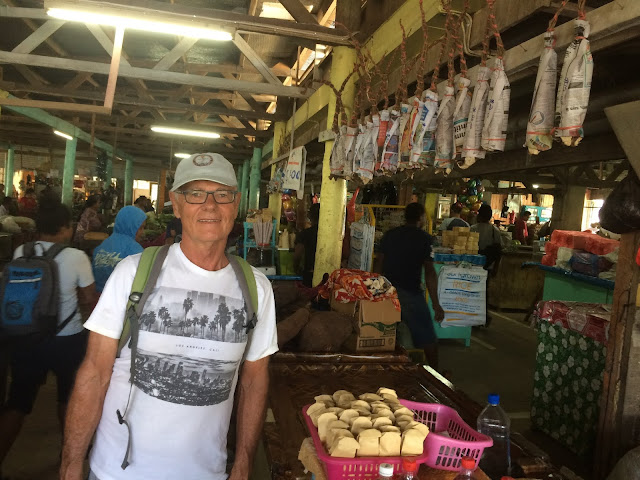 The sacred islands, site of the first human occupation of Fiji, are a quintessential tropical paradise, although currently uninhabited due to lack of a permanent water source.

Here people leave their gift of kava outside a small cave at one end of the island, where it will be picked up by the traditional owners next time they visit. 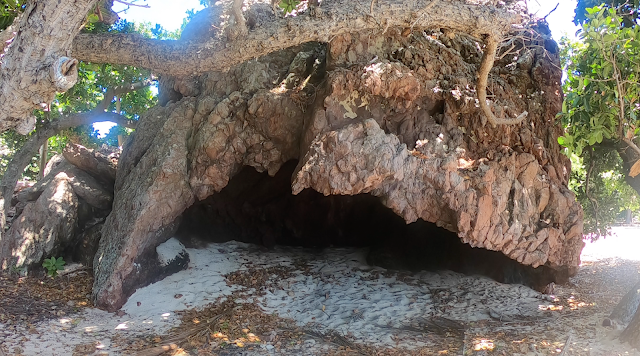 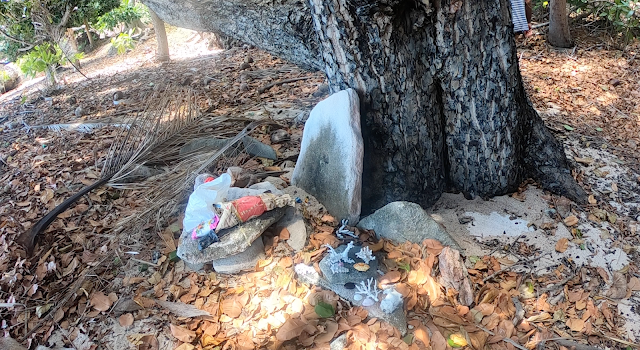 Kate and Martyn took the opportunity to stroll along the beach on their own, private, Blue Lagoon. 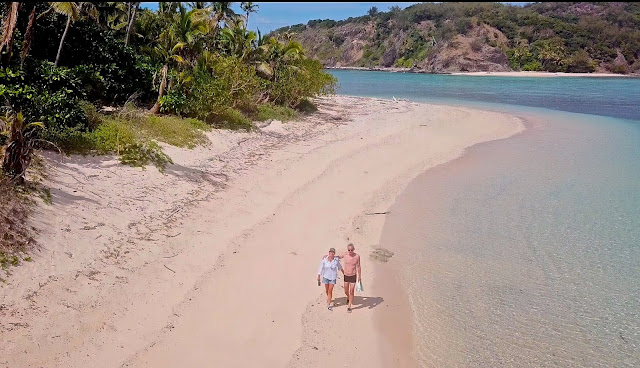 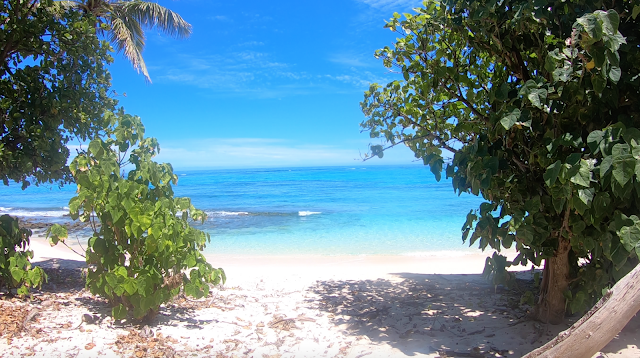 Back in civilisation I enjoyed a Blue Lagoon of a different type. 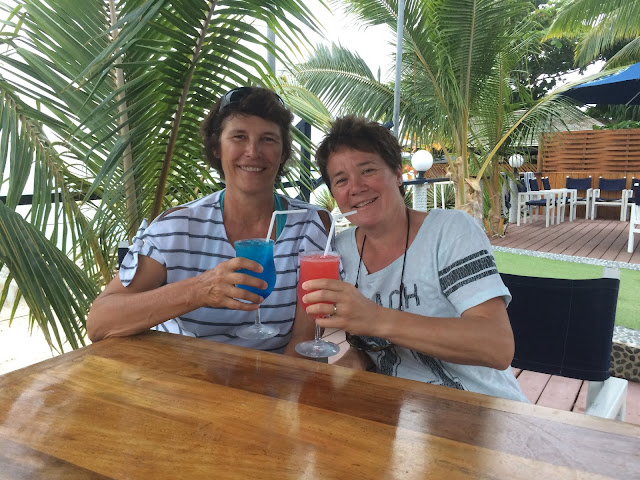 And then we tried some different colours, just to make sure. 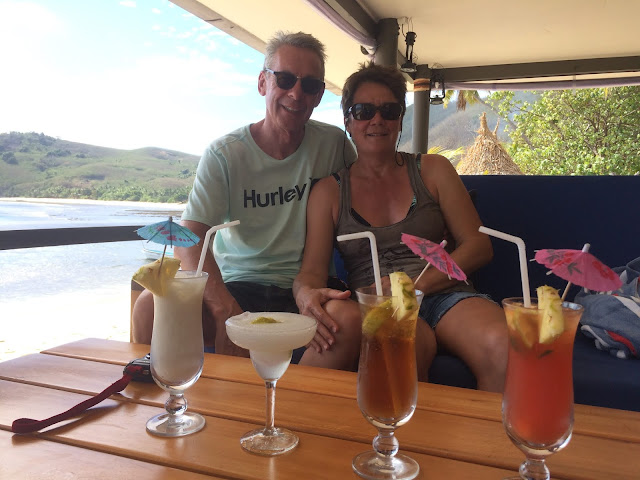 But the islands in Fiji are not all made of rock, which brings me to one of the most magical moments of our western cruise. Manta Ray Bay. Every year, between May and October, the manta rays (M. Birostris) come to a couple of narrow channels to feed. They eat shrimp, krill and other small crustaceans that they filter from the water. 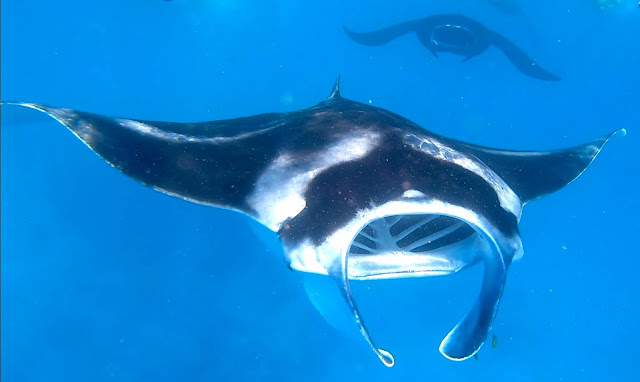 Growing up to 7 metres wide, they have the largest brain size of all fish and become habituated to people swimming in the water with them, which means they display all their natural behaviours.


At other times, the Mantas simply swim against the tide and let the strong current do the work. Here, Kate is working very hard to stay with the manta and avoid being swept downstream. 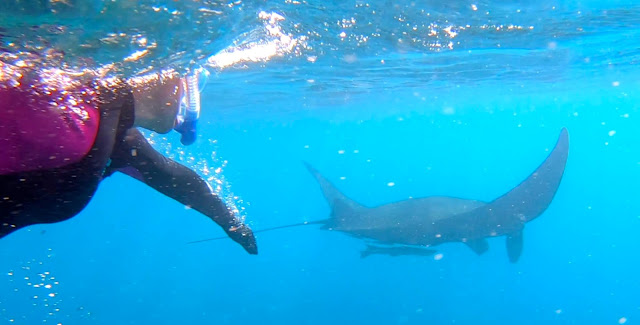 Here is a video I made during my first visit to Manta Ray Bay.

These animals are large and majestic enough to be called islands in their own right.

The final floating island we visited in Fiji was neither rock nor flesh. It was Cloud 9, a floating bar and restaurant anchored in crystal clear water in a sandy lagoon on the outer reef. A perfect place to while away a sunny afternoon! 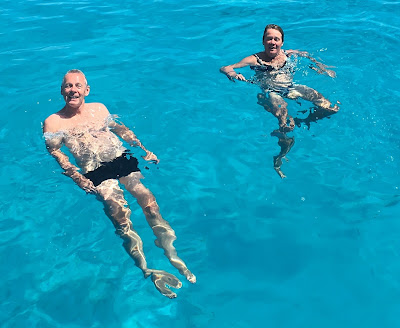 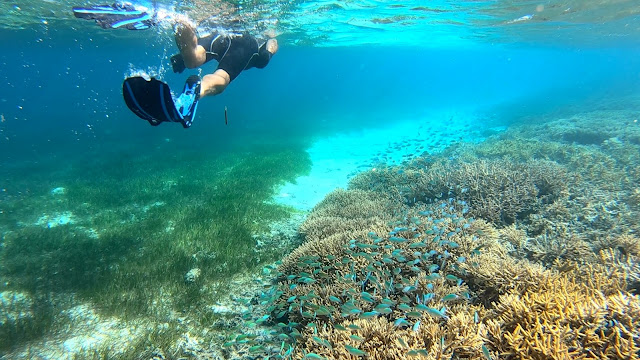 In our next post, the rainbow colours and characters of the Fijian Islands, as well as our vibrant visitors from Australia!