Riders of the Purple Sage is a romantic saga set in 19th century Utah.

You might ask what connection there could possibly be between this antebellum American novel and New Zealand's coastal waterways?

The answer is its author. Zane Grey, best known for his fictional accounts of America's Wild West, was also an avid outdoorsman in the style of Ernest Hemingway. In 1927, he was invited to New Zealand to promote game fishing. He found gold in the form of abundant marlin, sharks and tuna, and wrote a book about his experiences over several seasons.

Ninety years later, we discovered the same. Coincidentally, we learned that one of our favourite anchorages; Urupukapuka Island; was also Zane Grey's chosen base in the Bay of Islands.

A few quick successes ensured that we, too, caught the Bay of Islands fishing bug.

It wasn't long before our visitors were also hooked ...

The results were often spectacular.
Some catches were not so impressive ...
But where there are bait fish, there are bigger ones ...
Some catches promised a lot more than they delivered ...

and some were simply not right for the table.

And after the fishing came the cooking ...

But the Bay of Islands is not all about fish. You've seen photos of our oyster platters on Facebook. 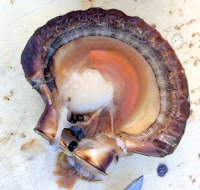 We also harvested scallops, that George cooked in their own shells with a tasty mornay sauce. 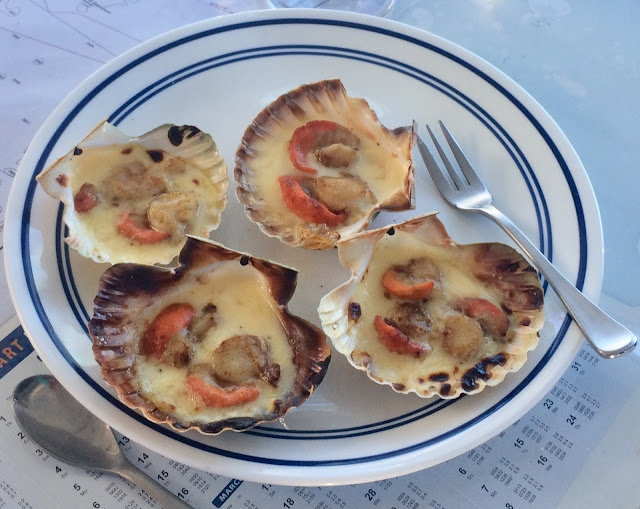 And although we haven't yet caught any of our own, some neighbouring fishermen gave us this crayfish (along with some excellent local knowledge) and Anne and David helped us enjoy it. 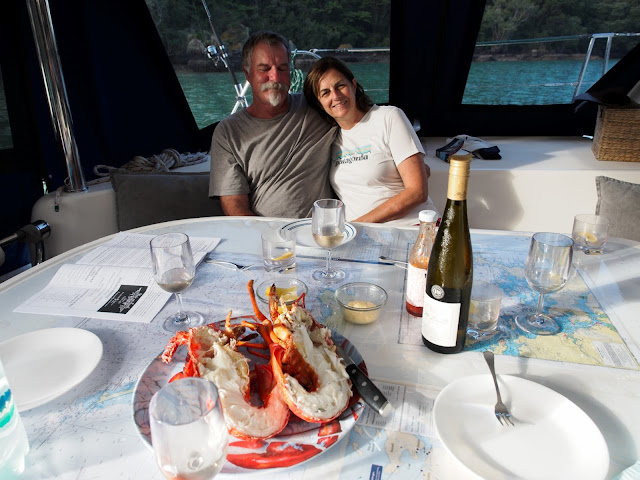 In our next post, we get up close and personal with those other great fishermen of the Bay of Islands; the bottlenose dolphins. 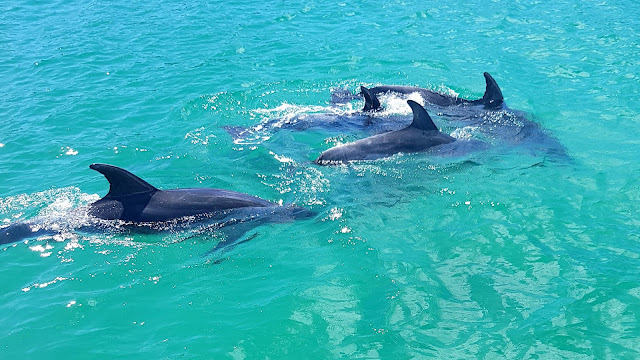