George and The Giant Clam 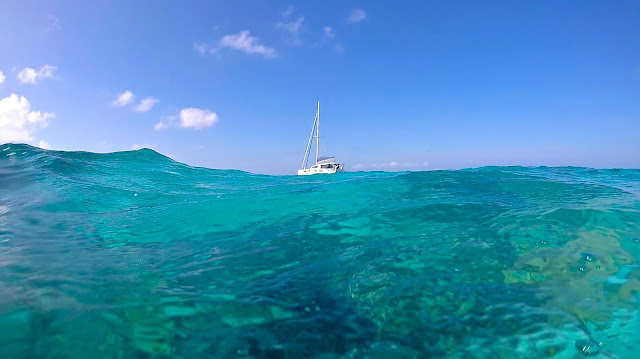 The last few weeks have taken us from the Whitsundays  to Townsville and Orpheus Island (the furthest north we got), then back to Mackay. We spent most of the time working our way up and down the outer reef, apart from a short trip to Townsville to have an engine starter motor fixed. 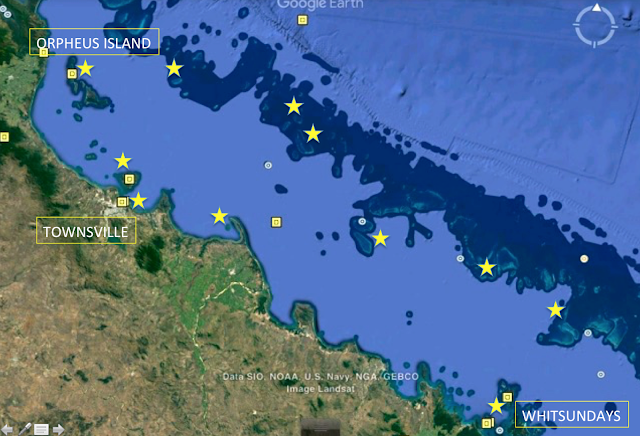 We explored a number of reefs along the way, and stayed in many beautiful anchorages (yellow asterisks). 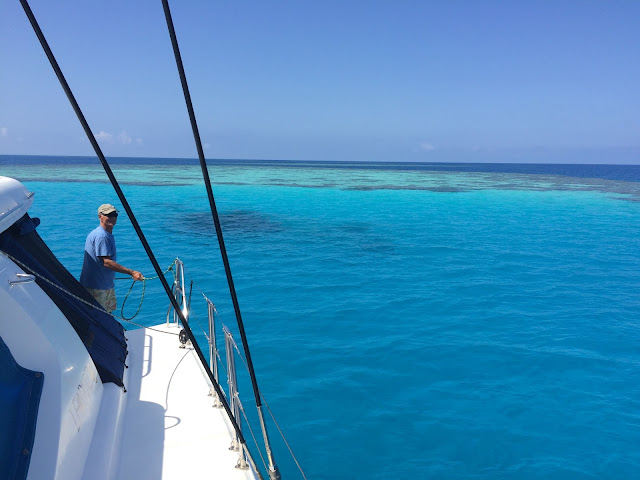 This is Stanley Reef, where we had a sandy lagoon completely to ourselves (apart from daily swoops by the Border Patrol aeroplane).
The water was much clearer than in the Whitsundays, so the diving was a lot better. 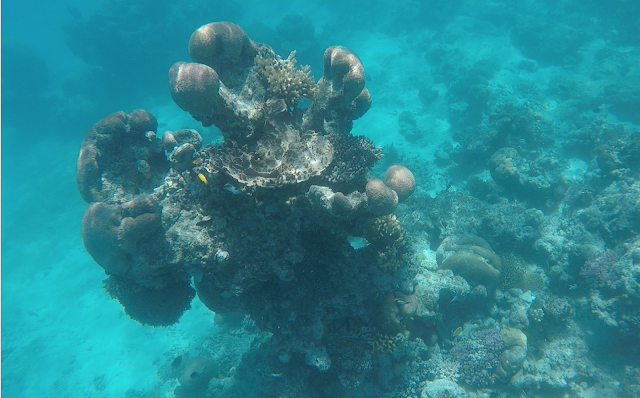 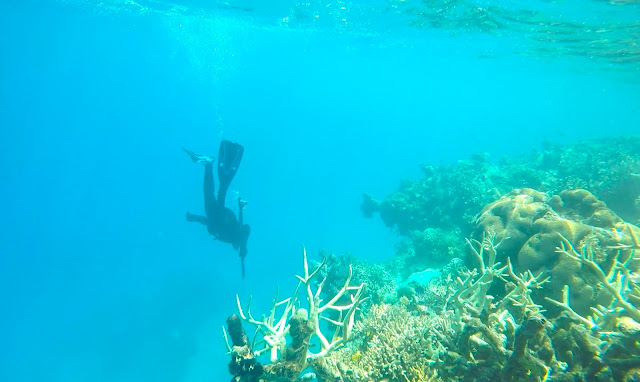 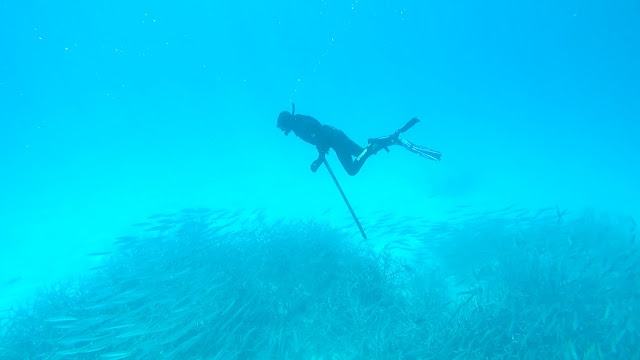 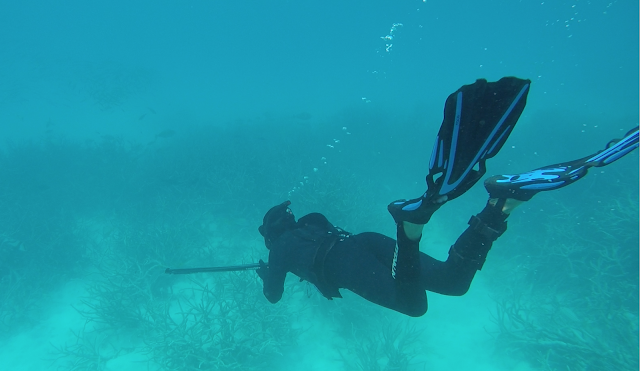 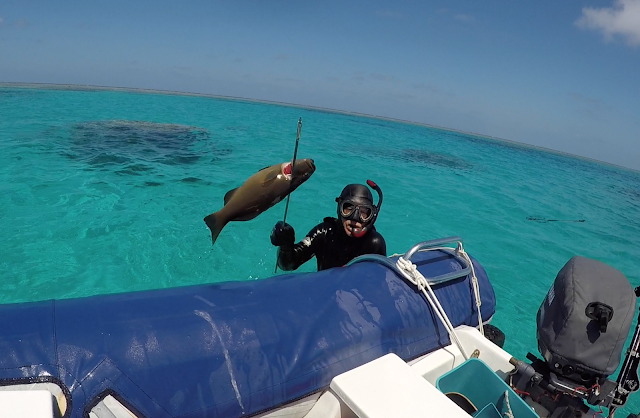 
During our visit to Orpheus Island, we learned about the giant clam project. Tridacna Gigas (giant clams) were mass-cultured in the late 1980s in a project to help repopulate the Asian stocks. The clams survived very well, and now there are around 3000 competing for space in a small portion of the ocean bed at the James Cook University Orpheus Island Research Station. Sadly, they are so overcrowded that many have died, and swimming amongst them is an eerie experience. 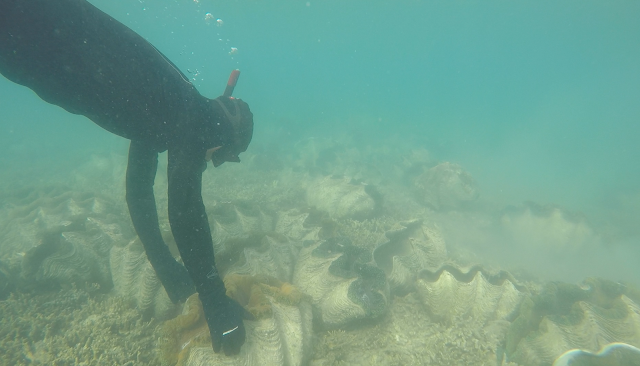 Contrary to the legends of giant clams trapping unwary divers, the clams close very slowly and incompletely, and only if you disturb them in some way, so there is really no danger.
These two much healthier looking clams were living together on a coral bommie on the outer reef, and you can see how much better the water clarity is when you get away from the coast. 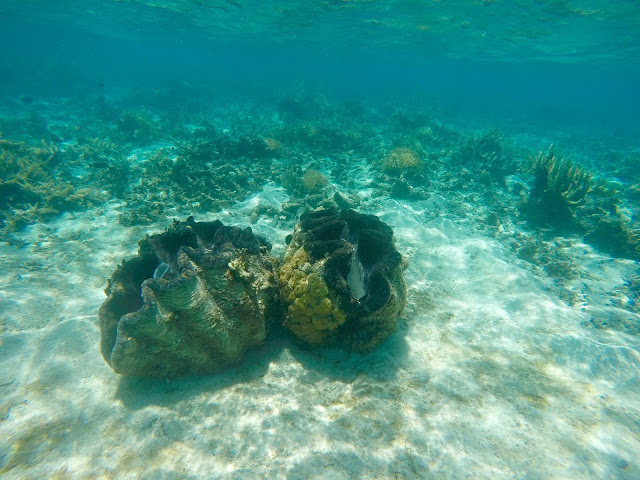 I kept swimming across the coral and was thinking about that old Beatles song, Octopuses Garden.
I'd like to be, under the sea,
In an octopuses garden, in the shade.
And I came across this delightful sight; fan coral spreading over a resident clam. 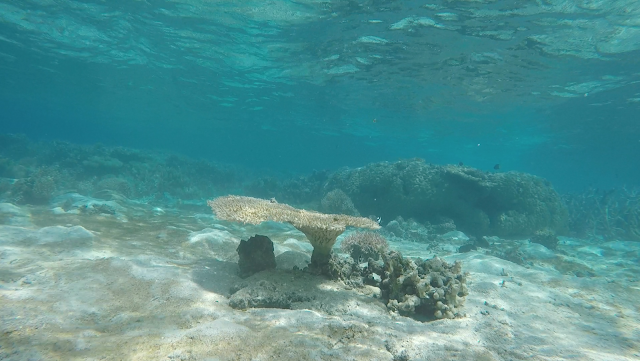 I didn't see the octopus, but I am sure he was around somewhere!

Sailing north from Gloucester Island to Stanley Reef we had an 18 knot sou-easter and put all our sails up. At our peak (helped by a following sea) we topped 11 knots, which sent a huge wake up behind us. 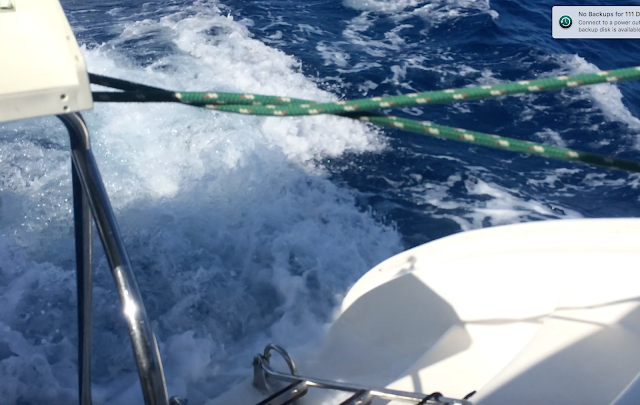 We were so excited! The only problem was that when we fired up the engines again to motor into Stanley Reef, the port engine would not start. George and David diagnosed a starter motor issue, and we decided to live with it while we enjoyed the reef, then motor back to Townsville with the remaining engine and get the problem fixed. Fortunately it was just the starter motor, and two days later we were back in action. Sailing away from Townsville (and Magnetic Island) was a highlight of the trip! 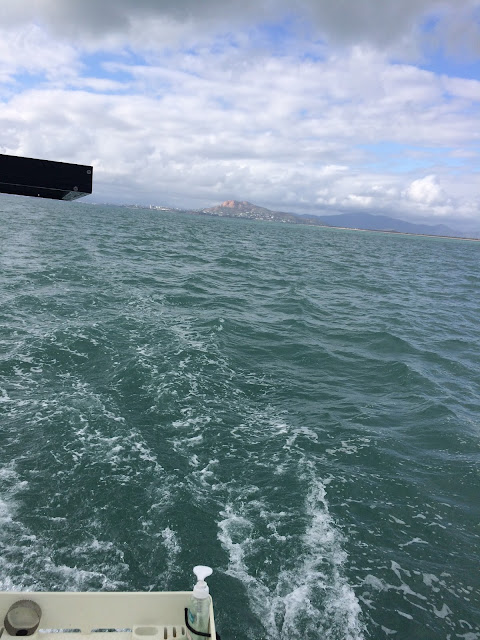 Our powerful (48 nm) radar proved its worth as it picked up other ships, airplanes (the faithful Border Patrol) and squalls at sea. Here is a picture of one squall as we saw it on the horizon, and as the radar showed it at the same time. 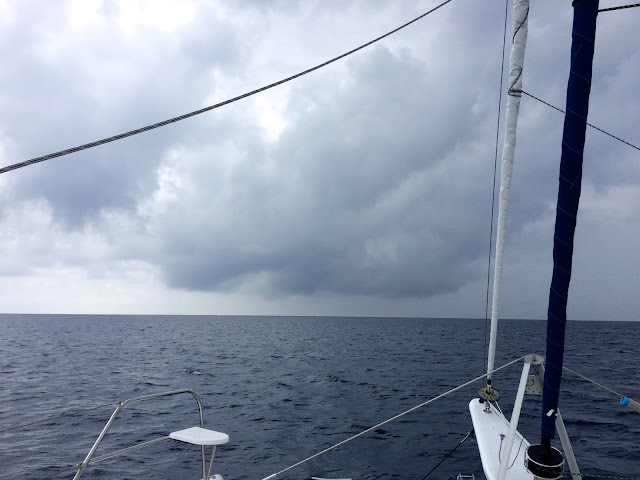 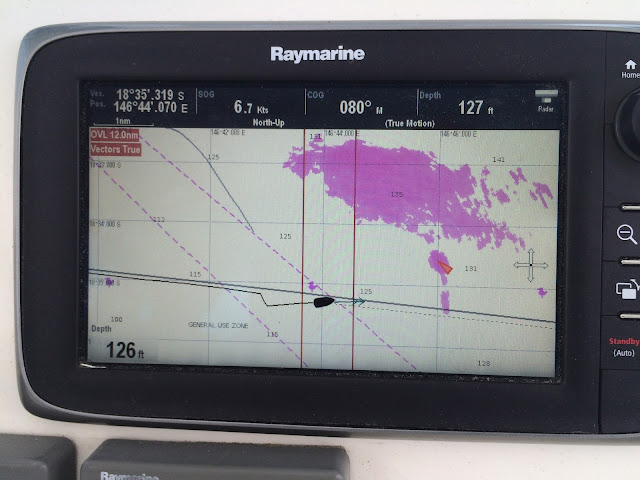 On the whole, the weather was good once we left the Whitsundays, but we had some heavy rain, which makes a rather hypnotic pattern on the water. 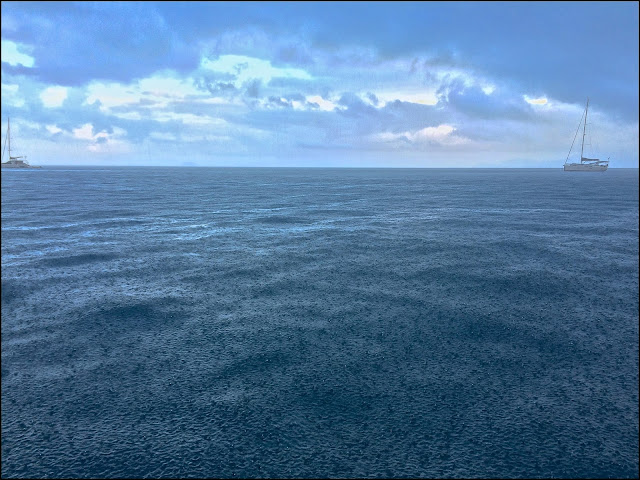 At Orpheus Island we decided not to go any further north (it was getting too hot) so we slowly worked our way back down the reef to Hamilton Island (in the Whitsundays), where we were due to meet Judy and Peter; the first visitors who were to join us for the long trip south.