In 2008, the lagoons of New Caledonia were added to the UNESCO World Heritage Site list. New Caledonia is the second longest example of a double-barrier reef in the world. The reef is 1500 km long, and encloses a lagoon that is 24,000 square kilometres in area. We recently explored a very small fraction of it.


Coral reefs exist in oceans less than 50 metres deep, and grow up to the high water mark. Reef-building coral polyps establish colonies on base rock that is either flooded by rising sea levels (as happened with Australia's Great Barrier Reef), or has projected upwards as a result of volcanic activity or tectonic plate shifts. The coral polyps form skeletons of calcium carbonate, that combines with other minerals to form a substance called aragonite, making the coral outcrops hard and sharp. The New Caledonian reefs are noted for their diversity. 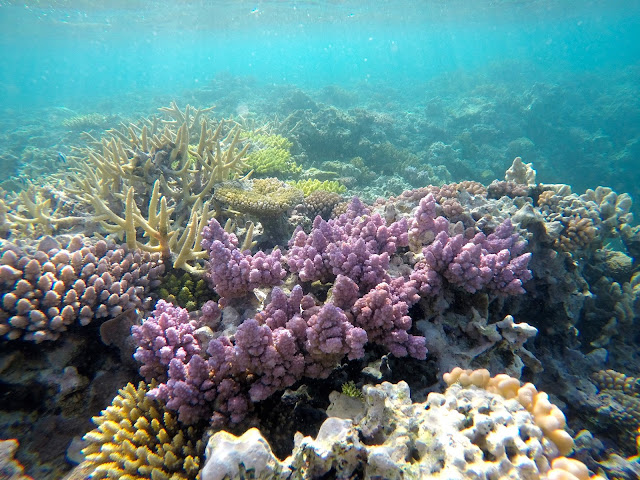 Not surprisingly, with all this coral and all these reefs (aragonite is much harder than fiberglass), navigation can be quite hazardous. Fortunately the navigation charts are very accurate in New Caledonia, and we had an excellent interactive program called the Rocket Guide, that provided detailed information about anchorages, waypoints and aerial photographs to help find our way into some of the trickier lagoons.

Even the best charts and photographs cannot replace the tried and true method of standing on the bow (or up the mast) and looking where you are going. The best conditions are when the sun is out, high on the sky (ie not in your eyes) and there is a gentle wind ripple on the surface so the sea is not like a mirror.

We only had time for a short trip to the southern lagoon, but were rewarded with some beautiful weather and productive spearfishing! 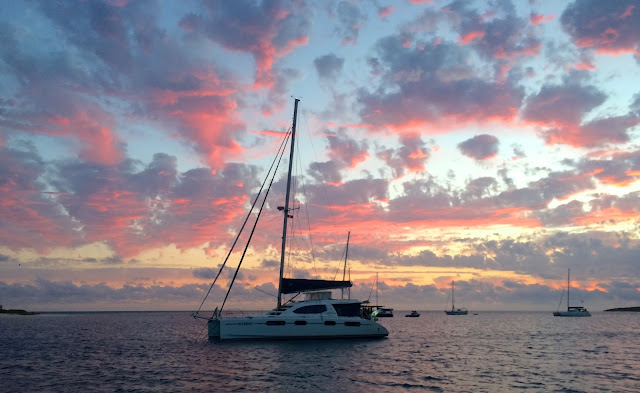 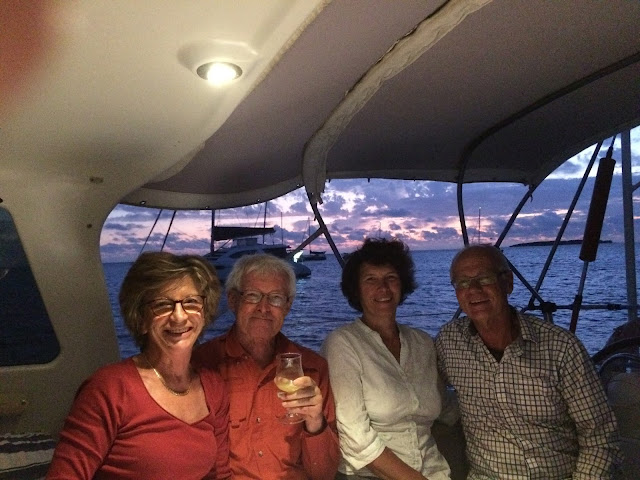 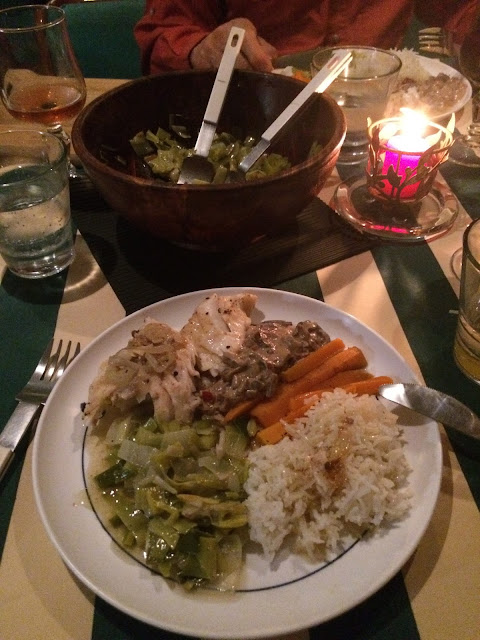 
Beautemps-Beaupre is a nature reserve, home to nesting seabirds and mating turtles when we were there. The anchorage was in a protected lagoon next to the small island, with a white sand bottom and our own private beach. 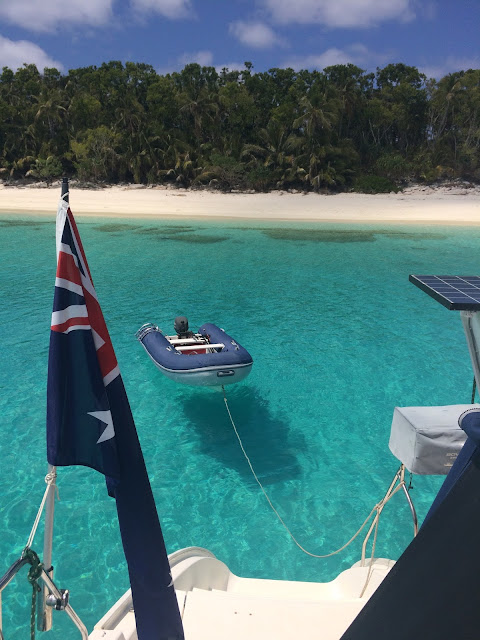 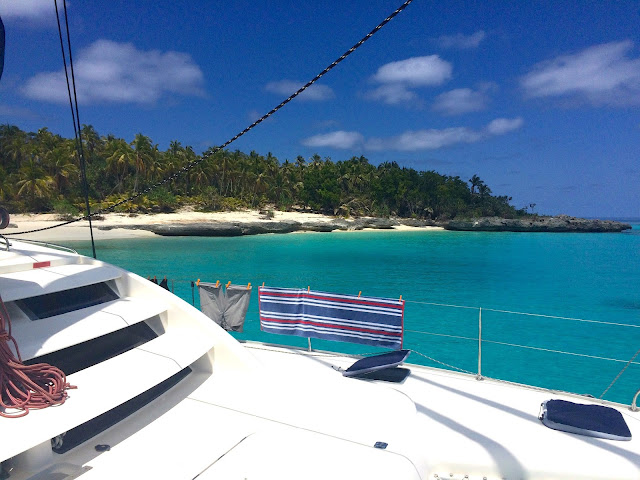 The water was pristine, and the visibility for diving spectacular. 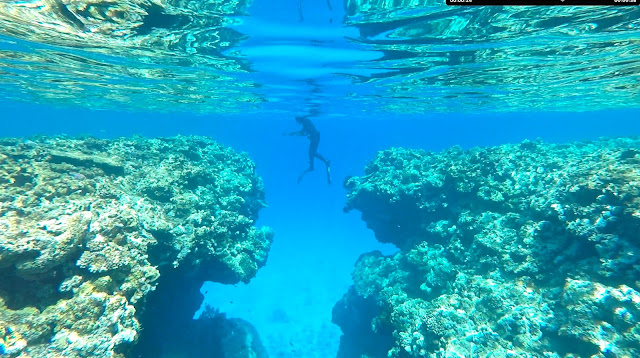 We weren't the only ones there, of course. 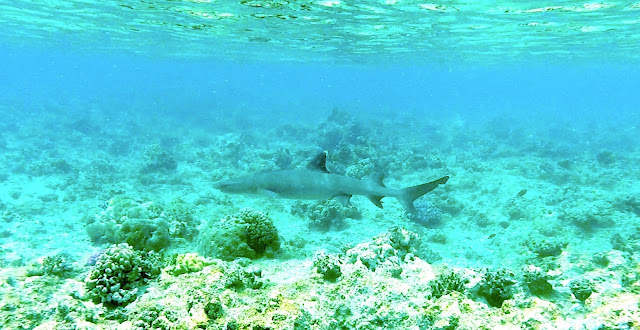 For some reason, New Caledonia is home to huge numbers of sea snakes. They are called tricot raye, or "stripey sweaters" and are equally at home on land as in the water. They are curious and not intimidated by selfie-taking tourists. 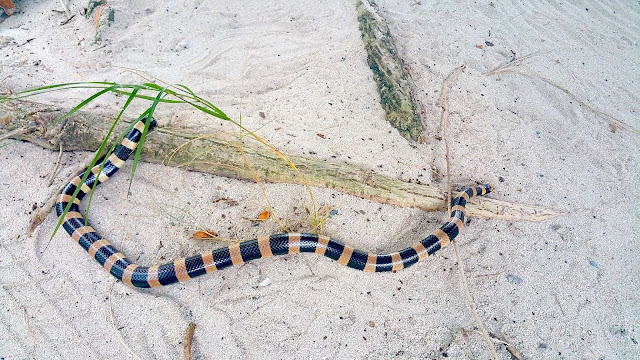 There is so much more to write about, from the culture and history of New Caledonia to its wildlife, geology and natural resources. John and Pam joined us for an exciting 3-week trip which will be a blog post of its own. Rod and Simon flew to Noumea to help us sail down to New Zealand, which is an adventure story in its own right. And there are plenty more reefs to explore, sunsets to enjoy and fish to catch, which is why we will return to New Caledonia next season. 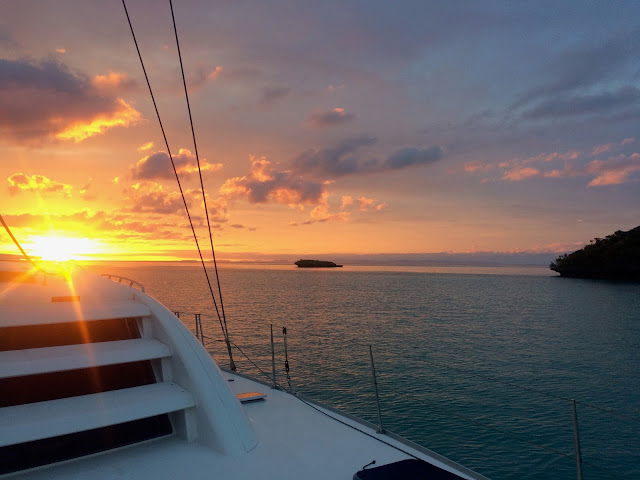 Posted by Geraldine B Hunt at 17:43 No comments: